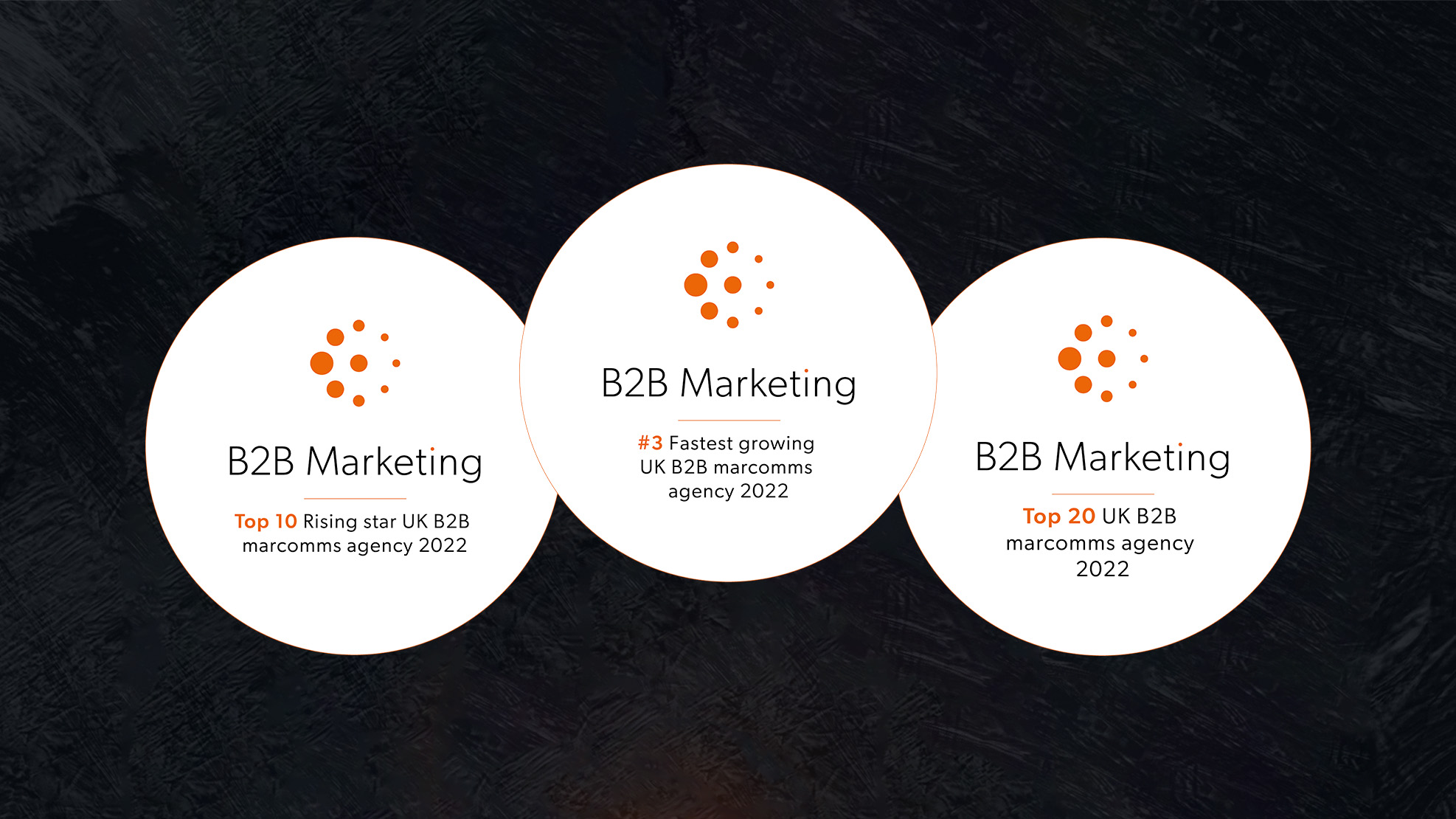 We have some exciting news! Our hard work, passion and determination has been recognised in the B2B Marketing UK Agencies Benchmarking Report 2022. Covering the biggest and best UK B2B marketing agencies, Creation is thrilled to announce that we’ve been featured in three categories:

Thirteenth out of the top 81 UK B2B marcomms agencies

Creation has been named number 13 out of 81 in the top UK B2B marcomms agencies. Including the largest B2B marketing agencies in the UK, Creation was ranked thirteenth due to our UK gross income (GI) in our most recently closed financial year.

Third out of the top 15 fastest growers

Ranked third out of 15, Creation has been named one of the fastest growing B2B marketing agencies in the UK. Results include the UK agencies who reported the largest increase in UK GI year-on-year, not including those founded within the last two years.

Eighth out of the top 15 rising stars

Creation was placed number 8 out of 15 in the rising stars category. Determined by the UK agencies who reported the largest increase in UK GI year-on-year as a percentage, we’re delighted to be recognised alongside other leading agencies.

At Creation, we’re humbled to be included in the survey for the first time and we would like to thank everyone for their contribution to our success. We are very proud of this achievement and our team who made it possible, and we look forward to seeing what the future holds.

The B2B Marketing UK Agencies Benchmarking Report is a yearly report that shows which agencies are racing ahead, have the fastest growth and the greatest international reach.

From a useful tool that helps clients discover the right agency for them, to giving agencies the opportunity to see what their competitors are up to, the report also includes an in-depth analysis of the marketplace, insight into the highest performing agencies, and a unique viewpoint on B2B marketing in 2022 and beyond.

See if we’re the right agency for you or how you compare by downloading the report today.